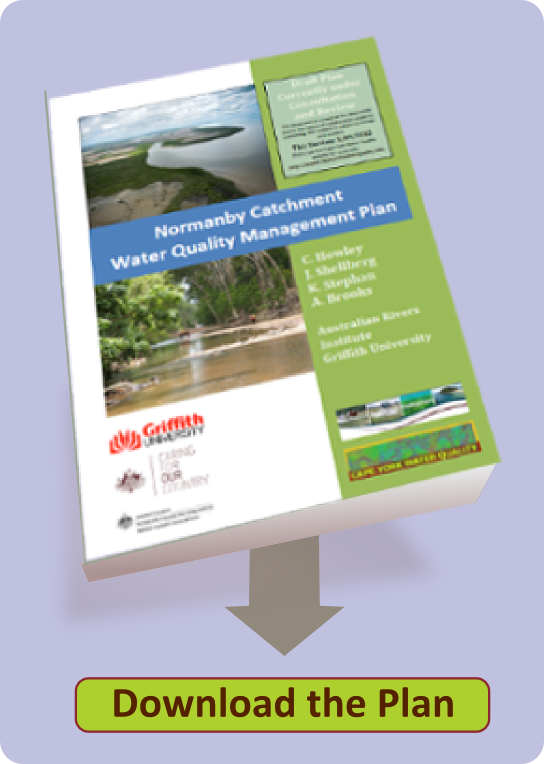 The Normanby Catchment Water Quality Management Plan has been produced to identify water quality impacts and to prioritise actions required to maintain or improve water quality in the Normanby catchment and receiving waters. The Plan is written in accordance with the Australian Government’s Framework for Marine and Estuarine Water Quality Protection (the Framework) (DEWHA 2002) and has been funded by the Australian Government Reef Rescue program. Where water quality impacts have been identified, changes in land management are recommended to improve water quality. However, planning to maintain good water quality and quantity, and to protect healthy coral reefs and other aquatic ecosystems from current or future threats is critical in the Cape York region and is also an important component of this plan.  Freshwater aquatic ecosystems have been identified as key targets for water quality improvements in addition to the coastal environmental values targeted in accordance with the Framework.

Recent research by CYMAG Environmental (Howley 2010) and Griffith University (Brooks et al. 2013, Shellberg and Brooks 2013)- and consultations with land management agencies, Traditional Owners and other landholders- have identified specific land uses that have significantly altered water quality within the Normanby catchment. There are currently major changes in land use proposed for the catchment, such as coal mining and expanding agriculture and irrigation, which have the potential to further degrade the landscape and water quality if not properly managed. 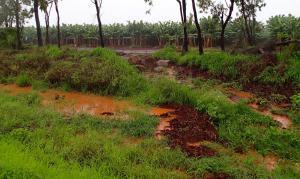 Elevated nutrient levels have been measured in the Laura River near Lakeland Downs associated with horticulture and fertilizer use. Feral pigs, horses and cattle in wetlands and waterholes have been shown to increase turbidity and nutrient levels and damage riparian and aquatic vegetation.  Land use in the catchment has also significantly accelerated erosion and increased levels of sediments entering waterways. Activities that have contributed to the increased erosion include the construction of roads and fences, over-grazing and soil and bank degradation by cattle, changes in fire regimes and tillage for crops. The rates of alluvial gully erosion along some river frontages have increased by at least ten times since the introduction of cattle grazing. The impacts from increased sediment erosion include the loss of downstream aquatic habitat due to the in-filling of downstream channels and lagoons. The impacts of land use on the discharge of suspended sediments and nutrients to the Great Barrier Reef have not been accurately quantified. Increased loads of suspended sediments or nutrients in flood plumes could potentially affect seagrass meadows and coral reef ecosystems at Princess Charlotte Bay (PCB). There is currently little evidence of a decline in the condition of these PCB ecosystems, but monitoring has been limited.

Government investment in water quality improvements in the Normanby catchment must take into account a wide range of connected ecological issues as well as the social, cultural and economic conditions of the Normanby catchment. Long-term, large-scale management actions are needed to address the range of land use issues that are contributing to increased gully and bank erosion. These include grazing management of grass cover, cattle tracks and other soil disturbance along “river frontage” country, weed invasion, altered fire regimes, and road and fence design and maintenance. Concentrated areas of alluvial gully erosion and soils with high erosion risk have been identified for the catchment. Large river frontage paddocks on four main cattle properties in the upper catchment contain the bulk of the eroding gullies, and these frontage paddocks are where cattle tend to congregate. These are the priority areas for investments in large-scale land management changes and intensive rehabilitation actions to reduce sediment yields to downstream rivers, wetlands, estuaries, coasts, and off-shore reefs. Investments in further research and monitoring of the sources and impacts of nutrients and sediments entering the river systems and PCB, and best management practices required to reduce erosion and nutrient run-off are also critical for the Cape York region to ensure that healthy reefs and aquatic ecosystems are maintained. 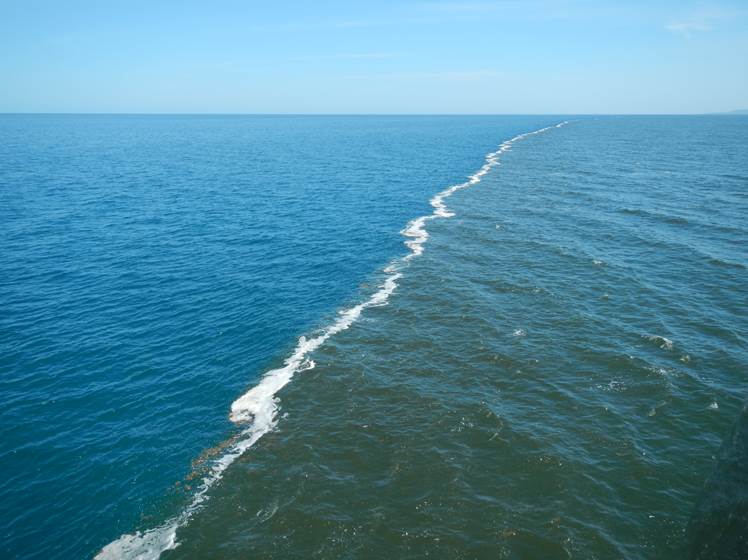